For those unfamiliar with the word, an axiom is a proposition or principle that is assumed to be true because it is considered evident or because it provides the starting point for a theoretical frame of reference.

Let me now try to explain my original axiom.

Recently stimulated by the vision of the fourth film MATRIX, I had the opportunity to reflect ... in the film there is a symbolic representation of the Matrix which, although with many parallels to our current reality, is still a Hollywood product (always fun to watch anyway).

So these days I asked myself: how can I describe the Matrix of today's world? And how does it work?

Since ever groups of men interested in POWER - be it financial, military, political, religious, psychological or energetic - have found different ways to exercise it on the masses.

For ease of expression we call these groups "the elites".

In recent decades - through the accelerated development of technology and mass communication - these elites have perfected a mind-control system that underlies what we call the Matrix, i.e. a reality based on received information that is propagated with the precise purpose to make us think and feel in a certain way. We can undoubtedly call it a VIRTUAL reality that is broadcast by various transmitters (media of various types) globally and on a unified network thanks to the fact that mass media around the world are now owned / controlled by only a handful of financial groups (in the hands of the elite).

Once we understand what the transmitters of this virtual reality are - and the elites behind them - we need to understand where the receivers are.

Through our senses of perception this virtual reality is introduced into our MIND which decodes it according to how it was programmed.

We open a small parenthesis here to say that the human egoic mind is formed, from early childhood, by society itself (parents, relatives, teachers, priests, politicians, etc.). The mind is shaped so that you can be an integral part of society and you can function and adapt easily to it.

The mind is the tool through which society, the world, possesses us.

The mind is therefore a reflection of the 'world'. It is the folder of our internal hard-drive, in which all behavioral information, preconceptions and beliefs and the whole range of dualities have been saved. The mind thus becomes not only a memory storage device but at the same time a filter through which we filter what the senses perceive, coloring it and interpreting it according to all the information we have previously received.

Here we are, then, to complete the circle of the Matrix:

through the manipulation of mass information received by our mind - which has already been programmed by society in this regard - we are led to accept a virtual reality as if it were the TRUTH.

But there exists in each of us an AWARENESS that is able to perceive the world DIRECTLY, that is, without the analytical-mental filter.

For those who practice meditation or mindfulness this is not a new concept:

learning to live a life that is not perceived and lived through the thinking mind but rather through the direct experience of the present moment, and therefore experience what we can define Our Reality and not a virtual reality served up from the outside.

That's where my original axiom comes from. I can say that only when I manage to detach myself from the identification with my mind am I then able to perceive/live in the present moment and am I free from the Matrix and its virtual reality.

As an experiment - to verify all this - we try to turn on the television, read a newspaper or listen to most of the people chatting in line at the supermarket checkout to perceive anxiety, fear, anguish, resentment, bewilderment ... and an infinity of repeated clichés spreaded mouth to mouth.

Then let's go in nature, take a walk in a forest for example and stop and listen: all of a sudden we feel peace, silence, harmony, innocence and a presence all around that we can only define divine.

In the first case, our mind has tuned in to the Matrix and - being a product of it - it feeds on those energies to the point of sinking us into a sea of ​​anguish and instability.

In the second case the mind has become silent and this has allowed us to perceive the Reality without any filter, to perceive the divine around us, which leads us to an inner peace.

The Matrix does not want that second option to happen because it is in the forgetfulness of the divine side of life and of ourselves that the control of the masses and their minds is based. And above all, those who live in fear are much easier to control.

These days when I look outside of myself, at the world, I see human madness, ignorance, greed, thirst for power, and all this somehow reflects aspects with which my mind resonates and hooks to the world. And the world is so twisted and crazy right now that I can only realize that I have been hooked because all of a sudden my heart fills with anxiety.

And then I go back to my immovable center, in that space where there is peace and harmony.

We are fortunate in that we live in a historical moment that is giving us infinite possibilities to practice this awareness and to reinforce our dis-identification from the collective mind of the Matrix to find our free, as well as divine, individuality again.

1. American President Roosevelt - who had won the elections by presenting a platform for US peace and non-intervention in World War II - after being elected and within just six months of intense media propaganda, he managed to gain support of his electorate to go to war - the same electorate that six months earlier believed they wanted peace.

2. Although the numerous videos that filmed the collapse of the Twin Towers showed the presence of a controlled demolition (ie explosive placed at the base of the buildings) - through an obsessive media campaign and to the detriment of the perception of their senses, most people became convinced that the cause of the collapse was the impact of the planes.

Without going into the merits of the events of the last two years which are a striking case of how the Matrix works! 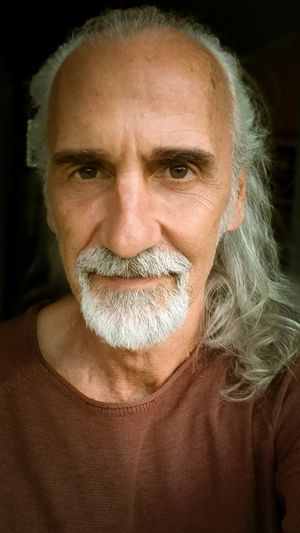