Insights from the cushion 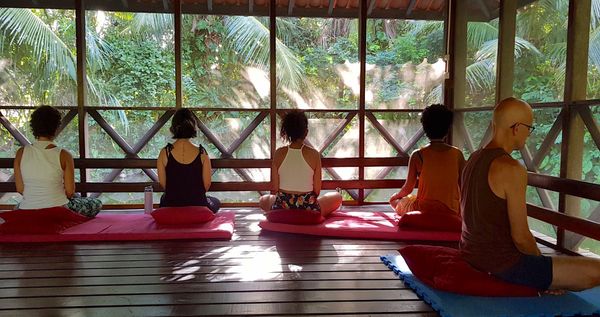 The question to myself today is: ‘Why am I so identified with the thinking mind?’

If you have been practicing meditation - or mindful sitting on the cushion, to use a more cutting edge definition - you are aware of how much energy is absorbed by the compulsive thinking process.

Let’s first define this better: in compulsive thinking I might re-think the same thought hundred of times with very little variations, over and over like a broken record, receiving no real benefits from it. On the contrary voluntary thinking for example might be what is needed for an event that needs to happen in a certain way and at a certain time or a project that might need the useful or creative use of my mind in planning it.

I am specifying daytime because in the night we engage the subconscious mind that not only expresses itself via images and not via concepts/words - the main form of expression used by the conscious mind - but also it has a much wider spectrum of movement, expanding into the realm of what we can call fantasies, that do not fit into the narrow realms of past related or future related thoughts. We could also define dreams as our nighttime thoughts and thoughts as our daytime dreams.

Recently during my morning sitting sessions I put the future related thoughts under a deeper observation. I want to share with you my reflections on them because I believe they are where the majority of people usually dwells in.

By examining these thoughts the first thing one can notice is that one of the reason it is so difficult to let go of them is that, while it is happening, every thought feels VERY important (in a way it suffers from a superiority complex!)
It carries in itself an unspoken sense of salvation, success, improvement or resolution and it gives me a sense that I have some form of control over the unfolding of my life.
In a subtle way it always feels like: “Just let me finish this thought because it is very important and it’s really going to make a difference”.
It doesn’t matter if it is three in the morning and I am in bed where nothing can be done and in a few hours I will wake up and I will have completely forgot all about it.
In most cases this over-thinking will not make any difference in my life not only because that particular hypothetical future will never unfold in that way but also because after half hour (or half a minute!) I will have already forgotten what was that great thought that was going to save my day!

So, where does this sense of wanting control come from and why is it so important to the mind?

I see a few different reasons…

- The future is uncertain and I want to make sure I will succeed:

thinking makes me feel both that I will be safer and I will get the most out of the situation. This is the egoic mind modus operandi, to look for ways in which to succeed and to gain something - either in subtler ways like for example in peers’ recognition or in more obvious ways, like for example gaining of money or other material things.
I think in order to guarantee a successful outcome.

- I want to control through planning because there is an underlying sense of insecurity:

this insecurity is the very nature of the egoic mind. Deep in its foundations the ego knows the weakness of its own existence that comes from being just a shadow. The ego is just a human construct, a fabrication that is not rooted in the ultimate reality of our true nature and therefore it could collapse - or vanish - at any moment, like a castle of playing cards. As Osho used to say the ego does not have any real substance therefore fear and insecurity for its own survival are its basic qualities.
To try to prevent this collapse the egoic mind is always searching for ways in which to strengthen and confirm its own existence: one way is through being ‘in control’.

- I want to control because I cannot just trust that everything will unfold the way it should:

this is another shade of what previously expressed…it is the result of the ego being a shadow entity that makes me believe that I am separated from the whole. That separation does not allow for trust to arise. If I would consider myself as part of the whole not only would I allow for trust in existence to arise but the ego itself will also have no reason to exist any longer as a separate entity.

Or in another example: in relating with some friends that I love I naturally feel close to them and it’s easy to trust them, but if I do not know someone it is easier for me to feel the distance and the separation and therefore easier not to trust them because ultimately I don’t know if this person cares or not for my well being.
In the same way if I feel separate from life I am not able to feel the loving embrace with which existence is holding me and that leaves space for feeling insecure and doubtful.
I see control and the sense of separation very linked together; the more I feel separated the more I need to control to be able to cope with the uncertainty that comes from not trusting that what is going to happen will be good for me.

- Control through thinking and planning ultimately allows me to survive:

I heard one day Osho talking about this and it made a lot of sense to me…
Since the early Homo Sapiens - if not earlier - man became aware that even if he was physically a very weak and vulnerable animal among the many that were populating his surroundings, he had a strength that other animals didn’t have: he was able to create tools that could wound or kill and he could hunt alone or in groups, hence multiplying his own capacity and strength, to the point that a bunch of little humans could hunt down and kill a much bigger animal like a mammoth and eat it. All this through the use of the thinking mind.

Later on man could use the mind to find ways to protect his territory, or kill other men that were threatening to him or that they had something that he needed/wanted. He could also figure out ways to grow crops and feed on them. And on it goes…we are all aware of the extent to which the mind developed itself both in creative as well as in destructive expressions.
So the mind, from the very beginning, was a tool to secure our own survival as well as to gain power over other men and over nature. Somewhere deep in our DNA and in the dark corner of our subconscious we must still rely and trust in all that the mind says as if it was a matter of our own survival.

So what to do with all this understanding? Well, the bottom line is that the identification with thoughts is what fuel our thinking mind and what keep us entangled with it.

For me a way that helps me to move away from that is sitting on the cushion every morning and observing what arises. I find that it can be of great help in understanding the sometime hidden nature of emotions and thoughts, helping me to demystify them and eventually dis-identify from them, on my path to a greater understanding and freedom. 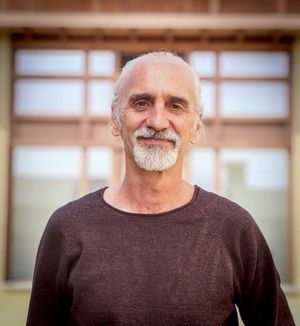